Don't worry. Just fill your details below and follow the steps as directed

• Domestic markets ended higher on the back of gains across IT stocks, which were partially offset by losses in auto stocks amid positive global cues.

• In a notification to stock exchanges M&M has clarified that it will not receive any sum against the consortium buyout of its erstwhile subsidiary SsangYong Motors. The press release indicates that consortium led by Edison Motors Company (South Korean Electric Bus maker) has proposed primary investment of ~| 1,900 crore for 95% stake in the company.

• DLF had recently launched its luxury housing project 'ONE Midtown' comprising 913 units, at Shivaji Marg in Moti Nagar, New Delhi with a starting price of | 3 crore. The company has clocked sales worth ~| 1,500 crore for towers in the first phase, reflecting strong demand for luxury apartments. DLF is developing this project in partnership with Singapore sovereign wealth fund GIC.

• TCS is expected to report its numbers today. We expect the company to report 2.7% QoQ growth in CC while dollar revenue growth is expected to be ~2% QoQ due to cross currency headwinds. The company is anticipated to report ~20 bps QoQ margin expansion amid continued supply side challenges. Investor interest: buyback announcement, revenue and margin outlook, deal momentum.

• In a major push towards Atmanirbhar Bharat in the military sector, Prime Minister Narendra Modi led government is going to shelve a number of defence import projects being acquired through the Buy (Global) route. A high-level meeting of the Defence Ministry will take place virtually on Wednesday in which all import projects under Buy (Global) category would be reviewed and are likely to be scrapped or put on hold by the government, government sources told ANI. Sources said that now first preference would be given to the acquisition of Indian Developed Designed and Manufactured (IDDM) products. The major push for 'Make in India' is going to ensure that projects worth several thousand crores would be given to the Indian manufacturers, they said.

• According to rating agency Icra, securitisation volumes rose 52.44% to | 71,800 crore for the nine months ended December 2021 (9MFY22) compared to about | 47,100 crore in 9MFY21. However, the activity is likely to be negatively impacted for FY22, following the surge in fresh Covid infections and likely threat of localised lockdowns. Icra expects full year volumes (FY22) to be around | 1-1.1 lakh crore, marginally lower than its earlier estimates of about | 1.2 lakh crore. Nonetheless, for the year, securitisation volumes would still be higher by about 15-20% over the volumes of | 87,000 crore reported in FY21.

• As per Business Standard, Shriram Transport Finance Company (STFC) said it has raised US$475 million (about | 3,500 crore) through Reg S Bond, having a tenor of 3.5 years and offering a coupon of 4.15%. The proceeds from the STFC social bond would be used for employment generation, including through micro, small, and medium-sized enterprise (MSME) financing.

• According to Business Standard, pay later platform LazyPay, an arm of Prosus-backed fintech major PayU, has launched a buy now pay later (BNPL) card that can be used at offline stores. The company, which currently has 35 lakh active users on its platform, said that it is looking to have 15 lakh consumers for its card product in the next one year. It seeks to have 1 crore card customers in three years. Also, LazyPay has partnered with SBM Bank India to launch LazyCard, a payment instrument backed by a credit line, thus foraying into the card segment. The card aims at empowering financially underserved Indians, who struggle with limited credit options, with easy access to credit.

• As per Business Line, Federal Bank has launched an online lending platform, federalinstaloans, to facilitate quick and hassle-free credit approvals of up to | 50 lakh for micro, small & medium enterprises (MSMEs) across India.

• Novelis, a wholly owned subsidiary of Hindalco, will build $365 million aluminium recycling plant in the US with annual capacity of about 240,000 metric tons of sheet ingot. It is expected to commence operations in 2024. 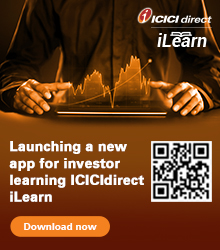 Payout amount not reflecting my limit
by - N GUNASEELAN
How to cancel SIP?
by - VAISHALI AMANGI
I need to redeem units in my Long Term Equity fund which has matured but this is not linked to my account. How do I do the same?
by - GAYATHRI APARNA DHARMARAJ
Pledging equity shares
by - NARAYANA PRASAD SHANKAR
I want to stop SIP in mutual fund advise how to do it.
by - DINEYAMU