Media reports state the government is drawing up plans to incentivise manufacturers for doubling auto exports (vehicles and components) over the next five years..

Indian markets are likely to open on a firm note tracking positive global cues supported by indications of a faster economic recovery. Global news flows and earning outcomes of domestic companies would be key monitorables.

• We expect the churn for Vodafone Idea to continue amid integration led challenges, tariff hike impact and Covid-19 impact. Consequently, we bake in ~10 million customer exits QoQ. With ARPU growth of ~10% QoQ at | 120 due to tariff hike, we expect overall revenues to be up 3.3% QoQ at | 11,735 crore. Reported margins are expected at 33.8%, up 300 bps QoQ given the integration led opex benefits as well tariff hike pass through to profitability. The company is expected to post a net loss of | 6009 crore.

• Bharat Forge (BFL) reported a dismal performance in Q4FY20. Standalone revenues came in at | 881 crore, down 47.2% YoY. Standalone EBITDA margins were at a new low of 12.5%, a 937 bps sequential fall. Negative operating leverage took a major toll on margins (employee costs up 250 bps QoQ, other expenses up 890 bps QoQ). Reported loss at PAT level was at | 73.3 crore

• CESC reported revenues at | 1583 crore, decline of 4.8% YoY. However, thereported revenues were better than our estimates of | 1553.7 crore, this is mainly on the back of higher than expected energy sold during Q4FY20. Reported EBITDA came in at |250 crore which was higher than our estimate of |157 crore. The key reason for the beat is lower fuel costs and lower other operating expenses which were down by 13.8% and 41% YoY, respectively. PAT came in at |250 crore vs. our estimate of |267 crore, on account of lower other income and other regulatory income

• Sun Pharma has received approval from the Ministry of Health, Labour and Welfare (MHLW), Japan for ILUMYA (Tildrakizumab) for the treatment of plaque psoriasis

• As per media reports, Carlyle Group may pick up 20% stake in Airtel's 100% subsidiary Nxtra data at $200 million, valuing it at $1 billion. Nxtra data is managing data centres and cloud business

• Media reports state the government is drawing up plans to incentivise manufacturers for doubling auto exports (vehicles and components) over the next five years, and has invited industry feedback for the same. The scheme is proposed to initially target larger companies (| 10,000 crore revenues, | 1,000 crore EBITDA in three of the past five years)

• As per media sources, Singapore based firm Temasek is expected to put in US$100 million in Zomato. However, valuation at which the funding will take place is still not decided.

• Zee entertainment, Star India and SPN have resumed shooting of daily serials and fresh episodes of selected shows will be aired from July 13

• Seven Hindi films involving major stars will be released directly on a streaming platform bypassing the theatrical release. Multiplex companies' stocks are likely to be under pressure today (June 30) following the news

• Axis Bank has informed exchanges regarding a board meeting to be held on 2nd July 2020 to consider raising of funds via issue of equity shares/ depository receipts and/or any other instruments or securities representing either equity shares and/or convertible securities linked to QIP/ADR/GDR program or such other permissible mode or combinations thereof, subject to regulatory approvals

• Crisil has reaffirmed FAA- rating for J&K Banks's Fixed Deposit Programme. Furthermore, the rating agency has also reaffirmed A1+ for the certificate of deposits and short term fixed deposits programme of the bank 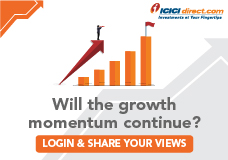 How to make call money payments (on intimation)for partly paid stocks
by - RAJA KAMAL SWAIN
Hi, is future plus only for one day trading?
by - MEENAKSHI
What are arbitrage funds?
by - ARUN BAJAJ
Where can I see MTF recommendations?
by - VISPPUNE
How can I buy ETFs? I want to buy NIFTY50, NIFTY NEXT 50 ETFs on regular basis and also SIP
by - LAXMAN RAMULU ADISERLA